Auto wrecking can sometimes seem like an industry where it is hard to make money. After all, what can you do with broken cars apart from selling them for scrap? The answer is quite different to what you might expect because there are, in fact, many different ways in which an auto wrecker might make their living. Not all of it revolves around the selling of scrap metal (although that does happen), but really auto wreckers are the ultimate recycling machines and there are great deals to be found on site.

Many auto wreckers offer cash for cars that are too beat up to sell on the secondary market. This is a great deal because the original owner gets cash for a car that is useless to them, and the auto wreckers have the equipment to take apart the car and strip it for its still useful parts. Even if the car you sold can no longer start, that does not mean that all of its parts are useless. Many auto wreckers sell these spare parts much cheaper than other places, so if you ever need a cheap replacement part, you know where to look.

Sometimes people get cash for cars that they just cannot be bothered selling because they see that it is too much effort for not much money. These cars that are still running can be fixed up to a much higher standard and then sold again. Auto wreckers often have mechanics on site and they also have a fine selection of used parts. You may be surprised at just how much life an auto wrecker can get out of a once-discarded car. These cars are then sold to used car lots or directly to customers who come looking for great deals.

Yes, it is true that a lot of the money that auto wreckers make is from the scrap metal they can extract from cars. Cars are made from a combination of metals that all are valuable, including aluminium, steel and iron. Metal is one of the easiest materials to recycle, and almost all the metal in the world is recycled at some stage or another. This reduces the overall need for mining new metal, which is good for stopping some of the effects of climate change. So next time you think about auto wreckers retooling old cars or repurposing metal scrap, just remember that they are the world's busiest recyclers, and you can find great deals at their sites. 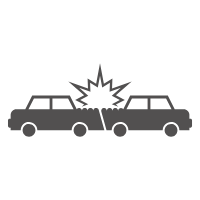 If you are worried about the environmental impact of disposing of your old car, you have come to the right place. On this blog, it is our aim to explore everything you need to know about the safe and environmentally friendly disposal of your vehicle. We aren't professional auto wreckers and we are not connected with the industry. However, we have spent many long days researching this topic so we can encourage others to dispose of their old autos in an eco-friendly way. Read on to find out more about the steps an auto wrecker will take to scrap your car.